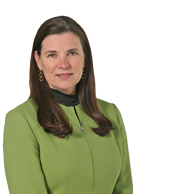 CLC would like to recognize the work of one of its long time volunteers, Denise Kettelberger.  “Denise just had a pretty sweet victory in a CLC case….” remarked one of her co-workers at Faegre Baker Daniels.

Denise’s client, Maggie, had planned to move to another state with her foster parent.  Maggie wanted to move with her foster parent and the move was supported by Maggie’s team of workers (guardian-ad-litem and social worker).  Her foster mother had made arrangements for her to transfer schools.  However, the night before the move Maggie’s social worker told her the move was being prohibited by a supervisor who had decided that Maggie should finish school in Minnesota.  She would instead be placed in an emergency foster home.  Maggie’s foster mother waited in Minnesota for an extra two days after the refusal to let the child go, but finally had to leave.  Maggie knew it would be more important for her to keep the relationship with her foster mom than to stay in the same school.  Denise filed an emergency motion which was heard that day by phone, and an in person hearing was held the next day.  The judge ruled in favor of Maggie.  Maggie is now living happily with her foster family in another state and doing very well in her new school.

Denise Kettelberger is special counsel at Faegre Banker Daniels where she concentrates her practice in intellectual property law, with a particular emphasis on biotechnology patents.  Denise has been a volunteer at CLC for nearly six years and has represented seven clients.  Thank you Denise!