Isabelle’s Story: As Told by Her Volunteer Attorney 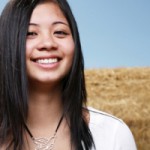 1.18.2011- Her sobbing plea haunted me:   “Get me out of here!”   Isabelle was just barely 12 years old and loved her school.  She played the violin in the orchestra and was doing very well in her classes but she was also a cutter. “Cutting” is a form of self-harm without suicidal intent.  Following a cutting incident, Isabelle was expelled from her group home and placed in a juvenile detention center.  She had been in the foster care system for two years and in a detention center for two weeks.  Stuck.  The court, her social worker, and guardian-ad-litem could not agree on where to send her after the incident.  Her options seemed bleak.   Yet, at the same time, and known only to her, they were so promising.  Isabelle wanted to graduate from high school, go to college and become a plastic surgeon.

Isabelle’s social worker asked me not to tell Isabelle that extended family in another state had discovered she was in the system and that they were excited to reunite with her.  Two-great aunts and one great uncle were deciding who would adopt and raise Isabelle.  They had not seen her in years.  The social worker wanted to wait until after her next hearing when they had decided where she would be staying until the end of the school year to tell her about the relatives.

As her attorney, the best thing I could do was ensure she was settled in to a safe and comfortable place during the long wait of reunification with her relatives.   The social worker suggested a group home and her guardian ad litem wanted to send her to a treatment facility in another state.  Isabelle had such wonderful aspirations, she wanted to return to her school, and needed a solid support system while she got to know her extended family again.  To start, I suggested that we call the potential group home and speak to someone about what it is like there.  I wanted Isabelle to understand her choices.  Within the hour we were on a three-way conference call with the director of the home.  The director was so nice and explained what a typical day was like, where Isabelle would sleep, and the rules.  The director answered all of our questions honestly.  Two very big issues for Isabelle were that there wasn’t an orchestra to join, and there were strict time limits on phone calls – even with newly reunited families!

Isabelle knew that living at the group home was not right for her.  She really wanted to return to her school and play in the orchestra.  After talking with Isabelle, I contacted her favorite teacher. Her teacher was so excited to hear that she was ok and wanted to come back to school.  She was eager to help and quickly spread the word that Isabelle wanted to come back to school and asked friends and co-workers to spread the word.  The next week I learned about two families who were eager to take Isabelle in to finish the school year.

The system does not work quickly, but a child’s circumstances change quickly.  Two weeks later, right before I left for the emergency placement hearing, I learned the county had found a foster home for Isabelle out of her current school district.   As I drove to the hearing, I worried that the judge would choose an experienced foster family over the new school families Isabelle wanted to be with and she would end up in a new placement and school just as she was getting to know her extended biological family.  I decided I should learn as much as possible about the new schools proposed by the county before I broke the news to Isabelle.  I spent the rest of the commute on the phone with the schools, getting information about their programs.

When it was our turn in court, I graciously thanked the county for changing their position and agreeing that Isabelle should be in a foster home and not a group home or treatment facility.  I then explained that neither of the county’s recommended schools would work for Isabelle:  one was a high-school, and the other was for students with special education plans.  I explained that our plan was more thought-out and better for Isabelle.  I re-explained the qualifications of the two volunteer families and why it would be so much better for Isabelle to return to her old school.   I think everyone in the courtroom was caught off-guard with the information that the schools would not work for her.  It was the first time in my career I was called back to the judge’s chambers.

One-half hour later, when the county attorney and I left the judge’s chambers, I had a good feeling but I was still nervous.   When the judge made his ruling I was ecstatic!  Isabelle could finish the school year at her school.

Isabelle will be adopted by her maternal great-uncle next month.  Her passion for the violin has transferred to tae kwon do but she still wants to go to college and become a plastic surgeon.