Josephine, and Valerie were only 9 and 7 years old when they were in a major car accident. Their mother died on the scene and the two girls suffered life-threatening injuries. Despite the doctors’ discouraging predictions, they fought and woke from their comas but both with permanent brain and body damages.

Josephine had major cognitive problems, and Valerie was paralyzed. Their conditions required ongoing medical care. In addition, both girls were traumatized and heart-broken by the loss of their mother. They were placed in the care of their father, who struggled with mental illness and chemical abuse.

In 2004, the girls were taken into foster care because their father was not providing proper medical care.  During this time, Josephine said she was sexually abused by her father, but this allegation was not fully explored by authorities. Her mental health challenges made it difficult for her to deal with her mother’s death and her father’s actions. She now also suffered from depression because her problems were not addressed.

Due to Valerie’s fragile health condition, she was permanently placed in the care of her foster parents, the Hall family. They eventually adopted her. Meanwhile, Josephine was sent back to live with her father.

Years later, Josephine alleged sexual abuse to an authority figure once more. She was finally removed from her father’s care due to this allegation and evidence of physical and emotional neglect. She was placed in the Hall family’s home and was able to be with her sister. Valerie’s parents were determined to adopt Josephine. However, miscommunication between legal offices and the family made it difficult. Josephine did not have a lawyer on her side up to this point.

Today, both girls are bright and positive individuals. Their social skills and self esteems have shot up in their new home.  Josephine is finally getting the support and counseling she needs for her physical and emotional trauma. 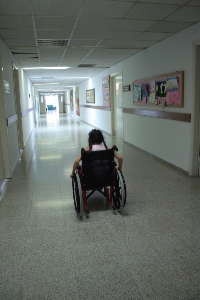