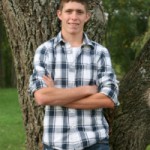 Max has been fighting an uphill battle from the beginning. Like many foster children he is a victim of abuse and neglect by both of his parents. Following placement in emergency protective custody it became evident that Max would need indefinite care away from his biological parents. From a young age Max has displayed significant developmental and behavioral issues as a result of his chaotic young life. Aggressive outbursts coupled with low socialization skills, need for constant supervision, and difficulty in educational settings made finding a placement for him very problematic. Max has frequently moved and in the past decade has seen more than a dozen placements.

Because of the severity of his behavioral issues Max has spent the majority of his life in highly restrictive placements. The solution to Max’s behaviors has frequently involved reliance on prescriptions of psychotropic drugs. At age 16 he was ingesting eight medications at once and had exhausted a list of more than a dozen psychotropic treatments. It was brought to the attention of Max’s attorney at Children’s Law Center (CLC) that Max may have been overmedicated. He displayed common side effects of psychotropic drugs that varied from weight gain to changes in demeanor including delirium, mood swings and psychosis.

Max’s CLC lawyer and Guardian Ad Litem advocated for less restrictive placements that allowed him to have a more home-like setting. Max is now 18 years old.  He understands that completing his education is essential for employment and a successful future. He has displayed interest and talent in the creative arts and hopes to attend a trade school. In his current placement he has a system of support including a therapist and a psychiatrist who ensures Max is not being overmedicated and is dealing with his problems through therapy. Max has expressed genuine happiness in his current living situation.