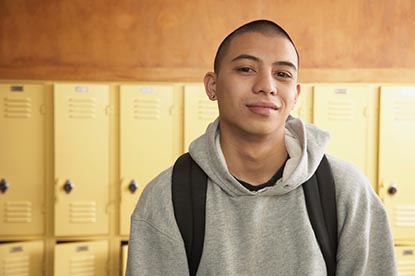 CLC Volunteer Lawyers Kathleen Moccio and Peter Gorman won their appeal on behalf of client D.A.M. in an immigration case that could have far reaching impact. On December 10, in an unpublished decision, the Minnesota Court of Appeals held that the lower court erred when it found that it did not have authority to make special immigrant juvenile status findings where the court was not sitting in a child protection matter. CLC’s client had been brought to the U.S. when he was a toddler and then was neglected and abused by his father in New Jersey and subsequently by his mother in Minnesota. At 17, the client was charged with a delinquency and placed in an out-of-home placement. During the delinquency proceedings, his CLC lawyers sought to apply for Special Immigrant Juvenile Status to create a pathway for citizenship. The juvenile judge found the court had jurisdiction to make 3 of the 4 required findings for SIJS but not the finding on whether reunification with either parent was viable because the motion was raised in a delinquency proceeding rather than a child-protection proceeding. The court of appeals held that the federal statute does not require that the reunification requirement be based upon a formal adjudication at the conclusion of a child-protection proceeding but rather, that Congress intended the reunification findings to be available in a broad range of juvenile matters, whenever the child has been declared dependent on the juvenile court or placed in custody of a state agency or department. The court thus remanded the case for reunification findings regarding both parents. Congratulations Kathleen and Peter!