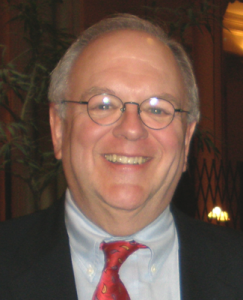 Congratulations to Peter Hendrixson, CLC’s September 2010 Volunteer of the Month

When considering our Volunteer of the Month selection for September, one name stood out:  Pete Hendrixson.  Pete’s incredible recent efforts on behalf of one very special client, in addition to his many years of commitment to CLC, made this pick an easy one.  Pete Hendrixson has been a volunteer attorney for CLC since 1998.  He served on CLC’s Board of Directors from 2003 through 2008, including one term as President.  In January of 2009, Pete graciously stepped in as CLC’s Interim Director during the Board’s search for a new Executive Director, essentially delaying the official start of his full retirement after 36 years at the Dorsey & Whitney law firm.  That deep dedication didn’t end when he turned the reigns of CLC over to its current director.  Instead he took on two additional cases.  One of those cases involves a young girl who was adopted as a toddler after neglect by her biological parents, and then was abused emotionally and physically while in her adoptive home.  She returned to foster care when she was 7, and parental rights were terminated.  Pete’s client is struggling with anxiety, grief and loss from the trauma she experienced, and Pete has fought vigorously to ensure that the process of finding another adoptive home is done with care to protect her from further rejection and loss.  He has worked hard to correct further injustices she experienced after coming back into foster care, including arguing for a less restrictive foster care placement, fighting for a complete relative search – which had not been done previously, and ensuring that she be able to experience aspects of her Native American culture.  Because Pete is fighting for her, this young girl is finally getting attention paid to the needs she has as a result of the unfathomable harm she has experienced.  We are honored to have Pete as a continuing volunteer for CLC.   Thank you and congratulations, Pete!