Evan has been through more in his short life than most of us will endure in a lifetime. Born into a country on the brink of civil war, many details of Evan’s life are unclear or unknown.  He was born in the Cote d’Ivoire, Africa, to parents that fled the violence and political conflict in Liberia. Most of Evan’s early childhood was spent in the unstable, unsanitary, unsafe environment of refugee camps.  In 2003, he was given a fictitious name, and was taken to the United States by a man claiming to be his father.  Once here, surrounded by strange people, in a strange land, speaking a strange language, Evan’s life became even more turbulent by frequent beatings and humiliation at the hands of the strangers with whom he was forced to live.

Evan eventually ran away and threatened to kill himself if forced to return to his abusers. The County had Evan hospitalized and he was diagnosed with post-traumatic stress disorder. He was placed in foster care and, in 2009, the parental rights of his presumed parents, still in Africa, who could not care for him, were terminated. Children’s Law Center (CLC) was appointed to represent Evan and volunteer attorney, Mark agreed to take his case.

With the support of CLC’s staff attorneys and social worker, Mark ensured that Evan was in placed in a home where he felt safe. Mark represented Evan in meetings with high school officials, and successfully advocated that he be enrolled in an educational program designed to help him catch up with his peers. CLC also found Evan an immigration attorney who was willing to volunteer his time to work side by side with Mark to help Evan achieve his dream of becoming a U.S. citizen. Evan, who is being adopted this month, is now doing extraordinarily well. Because of CLC’s advocacy and the love of his adoptive family, Evan is a thriving, healthy, and positive young man, with a bright future. He loves school, is active in a variety of sports, enjoys writing poetry and cooking for his family, and being a big brother to his new siblings. 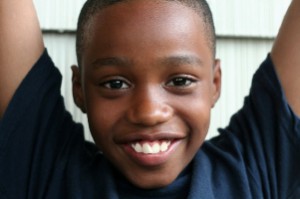