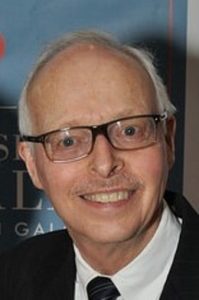 CLC volunteer attorney Jim Proman has been a long-time volunteer attorney and zealous advocate for his clients. He consistently goes the extra mile for his CLC clients as he advocates on their behalf and ensures that their needs are being addressed.

Jim began representing two (2) siblings, P and T in 2015.  The youth entered foster care after being exposed to domestic violence and physical abuse.  Although they cared for their mother, she struggled to maintain her sobriety.

During the life of this case, P had at least 4 workers and T had 5. Sometimes the foster parents were not sure who the children’s workers were and expressed their frustration to Jim. To combat this, Jim actively fought for his clients, and persistently followed up with the agency to ensure that his clients’ needs were being addressed.

Jim’s clients both required specific services.  One client, P, had special needs due to his autism. The other client, T, wanted to maintain contact with his mother despite knowing he could not live with her.   When P graduated from high school and struggled with funding for his postsecondary education, Jim was instrumental in finding and helping P received the necessary resources and documentation to enroll P at a local college for youth with autism.

Jim also successfully negotiated an Adoption Contact Order on behalf of T to ensure T received continued visits with T’s mother.   T was recently adopted by his grandparents and now maintains regular contact with his mother, stepfather, and his older brother. P is in the Extended Foster Care program as he attends college and will receive benefits until age 21.

The best example of Jim’s impact comes from his own client.  T told CLC that his attorney was the only constant person in his life during his time in the foster care system and while he was happy to say goodbye to foster care, he will miss seeing his CLC attorney, Jim Proman.